Stumbling into the Unknown

I was thrilled to find out the television network NBC will be airing a sarcoidosis PSA this month to raise awareness about the disease, which so many fail to recognize at the onset of symptoms. I did.

Night sweats — which had me waking as drenched as if I had been sleepwalking on a treadmill — didn’t drive me to the doctor. Not even crushing fatigue, which I brushed off as the price of working full-time and taking classes part-time at night. And being out of breath after walking short distances just meant I needed to get in shape, I thought.

What finally prompted me to seek medical care was the cough, one straight out of a Mucinex commercial. It had been hanging around for months, sometimes a mucous-filled rattle from my lungs and other times desert-dry. During an exam one evening, it refused to be stifled, reverberating again and again through the church-like silence of the classroom, to my embarrassment.

Each lost battle with my rolling thunder of mucous was met by annoyed glances from essay-scribbling classmates. I vowed then and there to go to the doctor about the cough, which at the time was just an embarrassing nuisance to me.

The decision ended up being life-changing, as it caused me to stumble upon the diagnosis of sarcoidosis. Now, over 16 years later, sarcoidosis remains an invisible chaos in my life, an unpredictable battle that others cannot outwardly see, but that I must fight every day.

I would have never recognized my symptoms — the night sweats, fatigue, shortness of breath, and cough — as being related. Back in that summer of 2002, I had never even heard of sarcoidosis. Luckily for me, my physician had, and she immediately ordered a chest X-ray to confirm her suspicions, because about 90 percent of sarcoidosis cases have lung involvement. Sure enough, scattered across my lungs were the telltale granulomas, the characteristic clumps of inflammatory cells that can occur in any part of the body.

I was given the bright side: Many granulomas remain asymptomatic and disappear on their own without medical intervention. But I had been bedridden for three months the year prior with Lyme disease, so the only thing ringing in my head was, “Why me?” And fear. I didn’t think I had anything left to fight the new health threat, being just a year removed from Lyme disease and still suffering from lingering fatigue, joint pain, and migraines.

The pathway of sarcoidosis can be as varied as the tissue and organs it attacks in patients. Sometimes, it is brief, requiring little or no treatment, which I prayed was true in my case. Other times, it’s a long and winding battle, which is what I was dealt instead.

Over the past 16-plus years, sarcoidosis has taken shots at my lungs and eyes, and I’ve battled fatigue, pain, dizziness, syncope, and pneumonia, which put me in the hospital for four days in 2013. I’ve found the strength I feared I didn’t have left by reminding myself, each time sarcoidosis knocks me down, that I’ve gotten back up before. It may be days, it may be months, it may be years, but I will get back up to carry on with my life.

Oddly enough, it was a relief to be able to unequivocally determine I had sarcoidosis through a follow-up bronchoscopy, months later, when my symptoms hadn’t improved. At least I had a name for what was wreaking havoc on my health; it took much longer to come by with Lyme disease. Many people plod along for months, years, or even a lifetime without knowing they have sarcoidosis, which the Mayo Clinic explains can be difficult to diagnose.

The Foundation for Sarcoidosis Research PSA will run in 10 major television markets this month, including Philadelphia, to help raise awareness. After reporting the stories of others for over 20 years as a journalist, I’m telling my own story for the first time, in hopes of doing the same.

April has been designated National Sarcoidosis Awareness Month. Wear a sarcoidosis T-shirt, talk about it on social media, reveal your disease to someone new — do anything you feel comfortable with to help raise awareness for those in the battle and the unfortunate who have yet to be correctly diagnosed.

Note: Sarcoidosis News is strictly a news and information website about the disease. It does not provide medical advice, diagnosis, or treatment. This content is not intended to be a substitute for professional medical advice, diagnosis, or treatment. Always seek the advice of your physician or other qualified health provider with any questions you may have regarding a medical condition. Never disregard professional medical advice or delay in seeking it because of something you have read on this website. The opinions expressed in this column are not those of Sarcoidosis News or its parent company, BioNews Services, and are intended to spark discussion about issues pertaining to pulmonary fibrosis.

yes I agrre, there is a lack of awarness and this what I am working on.
In my case it tok to much to be recognized even by doctors.
I want to spread all the information I know so that a large community of people know about this illness and its symptoms at least.My face book is latifa noussair

Thank you for your comment. It's great to hear you are helping to spread awareness. Hopefully awareness will help those with undiagnosed sarcoidosis to recognize the symptoms.

My then 35 year old son had bronchitis 30 days before cardiac sarcoidosis took his life on a Friday evening in May 2014 after having dinner with his wife and 3 year old son. He collapsed and died in the shower. How could we have known? He worked long hours as an architect living on caffeine, so fatigue was a daily occurrence. It's now 5 years. We do the 5k walk every year in Chicago and invite our friends and relatives to join us. Life is decidedly unfair.

I’m so sorry to hear of the tragic loss of your son. Early diagnosis can often be complicated because sarcoidosis may not produce any symptoms that raises alarms, just as you say. I’m thankful for your commitment in helping to educate others about this deadly disease. Thank you for sharing your experience.

I live in New Zealand and Sarcoidosis is a rarity but it exists. 2004 was the start. Like you Athenathe night sweats were ignored- I thought oh dear Menopause has reared its ugly head. The fatigue I put down to long hours at work but one day I was away from work and I woke up no voice,the sorest throat and a cough that continued for the next 6 months. Yet again I thought overworked. I didn't realise how sick I was until one night I coughed so much it was like having and asthma attack - I could not breathe. My husband took me to After Hours Medical and once they had given me oxygen the GP took some tests. The results came back as Sarcoidosis. From there it was 3 months before I set back inside the workplace.I went from specialist to specialist for treatment, hospital admissions and so on. Unfortunately all the drugs consumed played havoc on my joints and eventually in 2010 I had to resign my job.I have had to joint replacements as the side effects if all the prednisone infusions caused my bones to rot. Today while I am in remission I still have the cough and fatigue, the granuloma have shrunk and I just get on with life knowing that Sarcoidosis may tear its head again when I least expect it.

Gill, thank you for sharing your story. We have a lot in common. It's amazing how a disease can creep into our lives under the radar and wreak so much havoc. It's good to hear that your sarcoidosis is in remission and you are getting on with life. Stay strong. We are with you fighting. Athena

My husband was diagnosed with Sarcoïdosis about 20 years ago. Mainly in the lungs. Unfortunately today we found out he has pulmonary fibrosis (permanently damaged lungs) He has an ongoing terrible cough. He’s been put on a 3 month trial of a steroid puffer. If it doesn’t help he’s on to prednisone. He also has Lufgren syndrome, psoriasis and psoriatic arthritis. Inflammation is wrecking havoc with him. It could mean he has to go on disability. We will take one step at a time.

The unpredictability of sarcoidosis is what makes it so difficult to treat and to live with. Having someone like you in his life that makes the effort to read about and understand the disease goes a long way in helping him on his journey, whatever direction it takes. I wish you both the best. 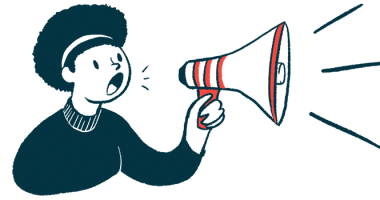