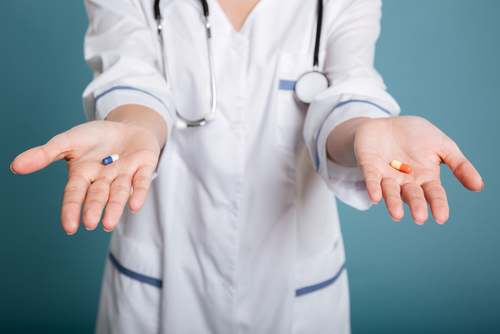 The study, “Mycophenolate mofetil as an alternative treatment in sarcoidosis,” was published in the journal of Pulmonary Pharmacology & Therapeutics.

Sarcoidosis is characterized by an over-reactive immune system leading to the formation of small clumps of inflammatory cells throughout the body called granulomas. Over time, these granulomas can become hardened or calcified, causing permanent damage.

For chronic cases, corticosteroids, such as prednisone, help relieve the inflammation, reduce the formation of granulomas, and prevent or lessen damage to organs.

However, the long-term use of corticosteroids can cause serious side effects. In these cases, patients can instead use alternative immunosuppressive agents known as steroids-sparing agents, such as methotrexate, azathioprine, pentoxifylline, or infliximab.

MMF, sold under the brand name CellCept by Genentech, is an approved immunosuppressive medication to prevent organ rejection in transplant patients (of liver, kidneys, and heart). It works by blocking the proliferation of immune cells, specifically T-cells and B-cells, and the release of pro-inflammatory factors.

Given its good safety profile and lack of lung toxicity, some sarcoidosis patients have been successfully treated with MMF as a corticosteroid-sparing agent when needed.

In the absence of clear evidence demonstrating the effectiveness and safety of MMF in sarcoidosis patients, researchers conducted a small, systematic analysis of records of patients treated for sarcoidosis at the 2nd Respiratory Medicine Department of Medical School of the National and Kapodistrian University of Athens, in Greece.

The researchers identified eight patients with biopsy-confirmed sarcoidosis who were treated with MMF for at least one year between 2008 and 2017. Response to MMF treatment was based on the sarcoidosis organ assessment tool by the World Association of Sarcoidosis and other Granulomatous Disorders, plus radiological imaging techniques using positron emission tomography or computed tomography.

Changes in lung function were also assessed before and after MMF treatment. Lung function improvements were defined as an increase in forced expiratory volume in one second (FEV1) and forced vital capacity (FVC) of 10% or more, and an increase of 15% or more in the diffusing capacity for carbon monoxide (DLCO), a measure of lung efficiency. Adverse events were also recorded.

Before MMF treatment, six patients were taking prednisolone. During the treatment period, the average daily dose of prednisolone was reduced from 15 mg to 2.5 mg.

Regarding safety, all patients tolerated MMF well, except for one patient who developed diarrhea after four years of treatment. The diarrhea was resolved after MMF treatment was stopped.

Overall, the analysis suggested that MMF administration safely and effectively improved sarcoidosis symptoms, and reduced the daily dose of corticosteroids.

“This study indicates that MMF can be used as an effective corticosteroid sparing agent in patients with systemic sarcoidosis,” the researchers said.

“Further randomized controlled studies are needed in order to evaluate the exact efficacy and safety of the use of MMF in patients with sarcoidosis,” they added.