The Foundation for Sarcoidosis Research (FSR) announced its newest initiative this month, the African American Women & Sarcoidosis National Campaign, to bring awareness to how this group is disproportionately affected by the disease and to educate people living with the disorder.

Part of the goal of the first-of-its-kind campaign is to help the Black community, which tends to be more distrustful of medicine due to past experimentation and racism, restore trust in the healthcare system, and better treat their condition.

“There’s still a lot of people who hold onto old thoughts that anything medical is not to be trusted, that if someone diagnoses you with something if you don’t claim it, it’s not real,” said Garrie Farrow, who was diagnosed with sarcoidosis 15 years ago and is part of the 15-member Women of Color Patient Advisory Committee, which was tapped to assist with creating the campaign.

“It made me realize that I wanted to be more a part of the voice that speaks to everybody saying that this disease, though rare and can be scary at times, there’s avenues for you to get help,” she added. The organization will hold a Twitter chat from 11 a.m. to noon CST today (Oct. 25) on its FSR profile, @StopSarcoidosis, featuring two members of the Women of Color Clinical Advisory Committee, which was responsible for developing key messaging for the campaign. Yvette Cozier and Ogugua Obi will answer questions from the African American female community on sarcoidosis, symptoms, care, and disease-contributing factors.

People are encouraged to use the #IgnoreNoMore hashtag and tagline of the campaign on social media. In February 2022, in honor of Black History Month, FSR will host an in-depth educational webinar on how sarcoidosis affects African American women, along with launching a month-long social media campaign.

Divya Patel, MD, associate professor of pulmonology, and director of the sarcoidosis and interstitial lung disease programs at the University of Florida, got involved via her participation in the four-person Women of Color Clinical Advisory Committee because she felt it was important to educate the public and patients about the problem facing African American women with sarcoidosis.

“We know that probably genetic factors and then racial and gender-related barriers impact the severity of the disease and the higher mortality,” Patel said. “Knowledge is power, so learning about it is really important.”

She worked with other members of the committee, which include three clinicians and an epidemiologist, to further educate the patient committee. Patel and other members have and will participate in diversity and sarcoidosis-related panels throughout the rest of the year.

Farrow’s involvement in the patient committee is deeply personal for her. Her sister discovered she had sarcoidosis about four years after Farrow’s own diagnosis, and died from the disease two years ago.

A number of factors led to that outcome, Farrow said. It boiled down to a combination of the doctor failing to try new treatments, staying the course with a steroid treatment that led to significant side effects and extreme weight gain, and her not pushing back or seeking new physicians.

“Even though she had access to some information, the person she trusted [her doctor] didn’t want to take that information and so they stuck with steroids and she didn’t advocate for herself, in my opinion,” said Farrow, 48, a resident of Tallahassee, Florida. “She stuck with ‘tried and true,’ and unfortunately, it didn’t work.”

Farrow is no longer on steroids, but rather a number of immunosuppressants that were prescribed off-label. She hopes to serve as an example of what successfully managing sarcoidosis looks like.

“The campaign came out of the Women of Color Committee, realizing that we need to get more education out there because anybody of color, male or female, no matter the gender, have some concerns about dealing with anybody in the medical community,” Farrow said. “And realizing that there is some disparity, and trying to address that.”

The campaign is sponsored by Mallinckrodt Pharmaceuticals and Global Genes, and FSR has partnered with a variety of health and community-based organizations and clinical centers on awareness activities. Sarcoidosis News is supporting the campaign as a media partner to help generate awareness around this topic. 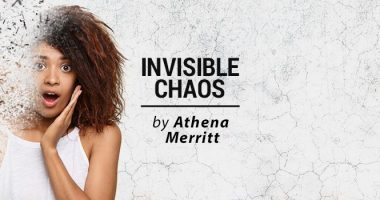 Let’s Show the Many Faces of Sarcoidosis This Awareness Month