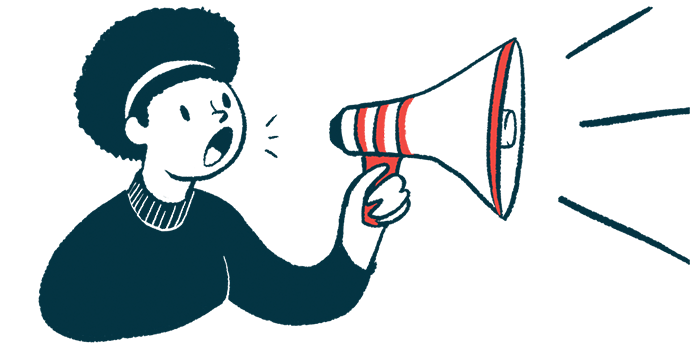 aTyr Pharma has received positive feedback from the U.S. Food and Drug Administration (FDA) in a meeting to discuss the regulatory development of its lead candidate, efzofitimod (ATYR1923), for the treatment of pulmonary sarcoidosis.

After a review of data provided by aTyr, including results from a recently completed Phase 1b/2a clinical trial, the FDA provided an overall favorable opinion, but advised aTyr to evaluate more doses of efzofitimod in a longer study to help establish which dose will be safe and effective for chronic use.

aTyr is now planning to start a registrational trial in the third quarter of this year with the hope of moving the therapy toward regulatory approval.

“We are pleased with the very productive feedback we received from the FDA,” Sanjay S. Shukla, MD, president and CEO of aTyr, said in a press release. “… We have an opportunity to establish efficacy endpoints that, if successful in demonstrating clinically meaningful treatment effects, will serve as a basis for future FDA review.

Sarcoidosis is characterized by an overactive immune system that leads to the formation of clumps of inflammatory cells, called granulomas, in various tissues throughout the body. When granulomas appear in the lungs, the condition is called pulmonary sarcoidosis.

Preclinical studies showed the therapy was able to lower the levels of pro-inflammatory molecules in the lungs and reduce scarring related to inflammation.

A Phase 1b/2a trial (NCT03824392) was completed last year in adults with pulmonary sarcoidosis. Trial results showed that monthly intravenous (into-the-vein) infusions of efzofitimod — at any of the three tested doses — were safe and well-tolerated.

The highest dose (5 mg/kg) was the most effective, leading to significant improvements in lung function, and markedly reducing shortness of breath, cough, and fatigue, compared with a placebo.

The therapy was also able to reduce patients’ dependence on corticosteroids by 58%. While often used to treat more severe cases of sarcoidosis, corticosteroids can be associated with serious and significant side effects. This steroid-sparing effect of the treatment was among the reasons why the FDA had a favorable opinion of the study’s outcome, according to aTyr.

“As an attendee of the meeting, I came away impressed that the FDA appreciated the need for a therapeutic that demonstrates a steroid-sparing effect. This is an important step forward, as the well-recognized complications of steroid use in sarcoidosis present a compelling rationale for the potential use of efzofitimod in sarcoidosis patients,”  said Robert Baughman, MD, a professor at the University of Cincinnati Medical Center.

The trial’s promising results also led the FDA to grant efzofitimod orphan drug status early this year, a designation intended to speed the development of therapies for rare diseases, which in the U.S. are defined as those affecting fewer than 200,000 people.

The Phase 1b/2a trial was conducted in partnership with the Foundation for Sarcoidosis Research (FSR), which was also represented at the meeting with the FDA.

“On behalf of the sarcoidosis community, we are grateful to aTyr for including us in this meeting and the FDA for their commitment to improving the lives of those with sarcoidosis and for the continued development of efzofitimod as a potential new therapy,” said Mary McGowan, CEO of FSR. “We are hopeful this study will be a major step forward in providing much-needed, new treatment options for people living with this complex rare disease. FSR looks forward to continuing to work with aTyr and the FDA to support the next phase of this patient-centered research.”

Lindsey Shapiro, PhD Lindsey earned her PhD in neuroscience from Emory University in Atlanta, where she studied novel therapeutic strategies for treatment-resistant forms of epilepsy. She was awarded a fellowship from the American Epilepsy Society in 2019 for this research. Lindsey also previously worked as a postdoctoral researcher, studying the role of inflammation in epilepsy and Alzheimer’s disease.